You have allowed cookies to be placed on your computer. This decision can be reversed. 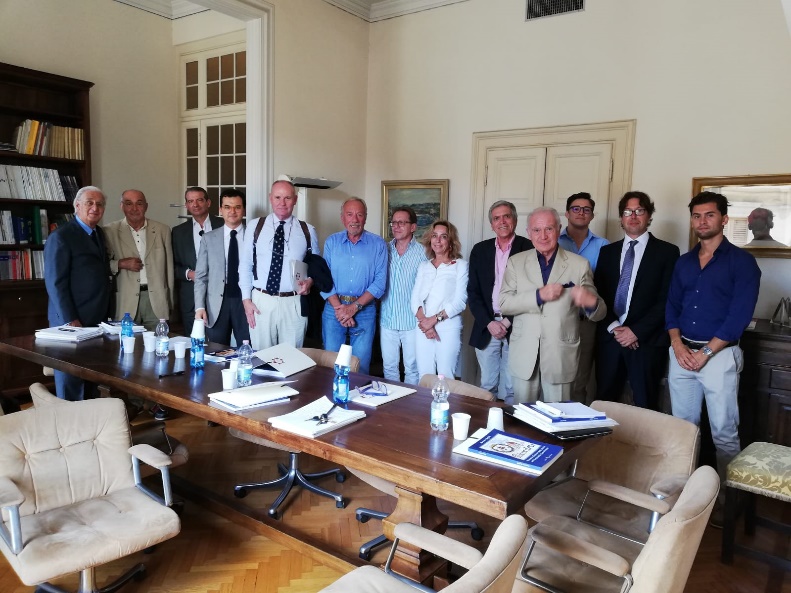 In the presence of the President of the IHCA (Italian Historic Companies Association) Eugenio Alphandery, the first meeting of the association’s Scientific-Cultural Observatory was held on July, 29th in Florence at the headquarters of the association. New members have joined it, including a few high-profile Members of Honor.

In his introductory speech, Superintendent Franco Torrini thanked the new members for their willingness to be part of this advisory committee, an operating body in charge of steering all the association's activities.

The Scientific-Cultural Observatory of the IHCA, which will be divided into thematic panels according to the various specializations and professional skills of each single Member of Honor, will have among its purposes the development of new projects on various topics, such as the centenarian entrepreneurship stories and the concept of the “Intangible Reputation within the context of the Italian Historical Heritage”, embodied by the association’s members. Among the themes each panel of the Scientific-Cultural Observatory will focus on, there’s also the "New Generation", represented by tutor Franco Cesaro and young entrepreneurs Guido De Gregorio Torrini and Lorenzo Catarzi (representing the associated companies Torrini 1369 and Filippo Catarzi 1910). Claudio Baccarani (Professor Emeritus of Economics and Business Management at the University of Verona) was re-elected as Supervisor of the Observatory.
These are the Members of Honor who have joined the Scientific-Cultural Observatory of the IHCA: Gaetano Aiello (Full Professor in Economics and Business Management at the University of Florence), Paolo Bagnoli (Professor of History of Political and Social Doctrines, University of Siena), Giulia Ceriani (Professor of Aggregate Advertising and Integrated Communication Strategies, University of Siena), Franco Cervelli (National Institute of Nuclear Physics, INFN), Franco Cesaro (Professor of Psychology and Educational Psychology at the State University of Milan, owner of the consulting firm Cesaro & Associati), Luca Mantellassi (entrepreneur, former President of the Chamber of Commerce of Florence), Paolo Padoin (President of the Laurentian Opera of Florence), Daniele Pitteri (Director of the “Modena Arti Visive” Foundation), Aldo Presta (Head of the Visual Identity Office of the University of Calabria), Massimo Ruffilli (retired Full Professor of the Department of Architecture, University of Florence; President of the Florence Automobile Club), Jacopo Sodi (Notary in Florence; Phd in Commercial Law, Bocconi University), Angelica Torrigiani Malaspina (Partner of the Italian Patent Society and Consultant for the European Union Intellectual Property Office - EUIPO), Guido De Gregorio Torrini (“New Generation” panel, representing Torrini 1369) and Lorenzo Catarzi (“New Generation” panel, representing Filippo Catarzi, 1910).